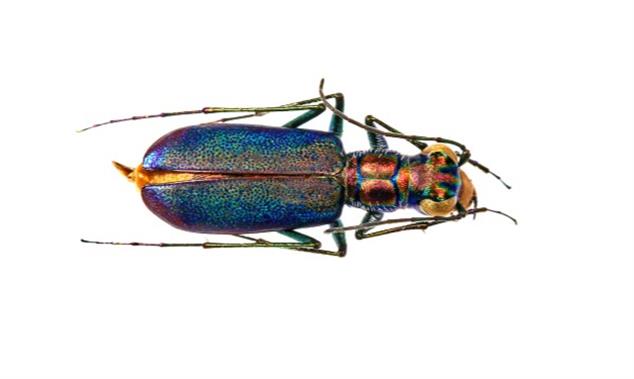 Tiger beetles are small insects (half an inch long) that live all over sandy trails and dirt roads in our area. They can be brown and hard to see (“camouflaged”) or bright green and look like jewels!

At least one kind of tiger beetle in Texas eats a really bad pest, the fire ant. Tiger beetles are an important part of their environment. Tiger beetles like to live where the ground is clean and not polluted, so when you see them running around it’s a good sign!

There are over 3,000 species of tiger beetles in the world, and Dr. Dan Duran has described nine new species that were never known to science before! One of those new species is shown right here. It’s called Cicindela cyanipleura (pronounced: Sis-in-DEL-ah sigh-an-eh-PLOR-ah). The scientific name mean that it has blue sides. It’s only found near one volcano in Mexico! 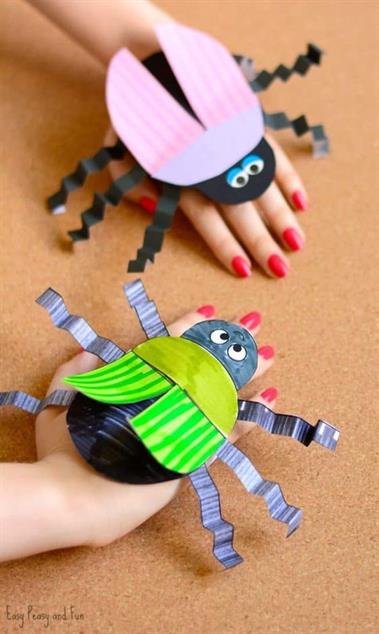 Follow this craft project from Easy Peasy and Fun.